Reprise/Rhino went all-out for their deluxe edition treatment of ' 1969 album. Disc one of the three-CD set has the album (originally a double LP) in its original mono mix; disc two presents it in its original stereo mix; and disc three, most excitingly for fans and collectors, offers 22 previously unreleased tracks (and one promotional radio spot). It goes without saying, perhaps, that this is a pretty specialized affair even by the standards of deluxe editions, especially as is not exactly considered a core classic late-'60s rock album by mainstream audiences. It has its merits, however, and even though ownership of both the stereo and mono CDs might not be considered essential by the average fan, fanatics will appreciate having both of them side by side (especially as the mono mixes were made available in the U.S. For the first time here). The real interest, of course, lies in the abundant previously unreleased material. Most of this, it should be cautioned, consists of alternate versions/mixes and demos of songs that made it onto the album -- in fact, there demos or alternate takes for every song from besides 'The British Opera' -- although there are two previously unissued tunes, 'Pity' and 'Nobody's Someone,' that didn't make it onto the album in any form. 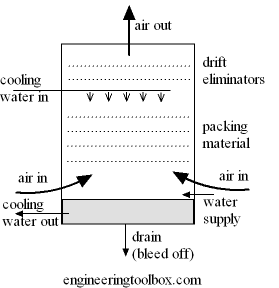 As is the case with alternates on many expanded/deluxe CDs, you'd never put these recordings on par with the officially released versions. Mostly they tend to confirm ' judgment as to what takes and arrangements were used on the final LP, with some obviously hesitant performances and a few songs lacking final lyrical polish.

This article needs additional citations for. Unsourced material may be challenged and removed. Find sources: – ( September 2013) () 'Alone' by the from the album ' Released 17 February 1997 Format, Recorded 1996 Length 4: 49 (album) 4:20 (single edit) (US), and Barry Gibb, Robin Gibb, Maurice Gibb, the singles chronology ' (1994) ' Alone' (1997) ' (1997) ' Alone' is a song by the. Adobe indesign cs6 portable torrent. It is the opening track on the multi-platinum album released by the Bee Gees in 1997, and the first single from the album. The song is a pop ballad written by Barry, Robin and Maurice Gibb recorded in 1996. The track was a big hit worldwide, peaking at number five for three weeks in the United Kingdom and number two in New Zealand.

In Canada, it reached number 20 and was the best-selling song of 1997 according to. In the United States, the single peaked at number 28, making it the Bee Gees', after being a Billboard 'Hot Shot' debut at number 34. Contents • • • • • • • • • • Song information [ ] Maurice Gibb explained about the track: 'That was one of the first ones we wrote for the album. I really remember having a good time writing it. We were sort of set up in the studio here with the three of us just together and I got some bagpipe sounds.