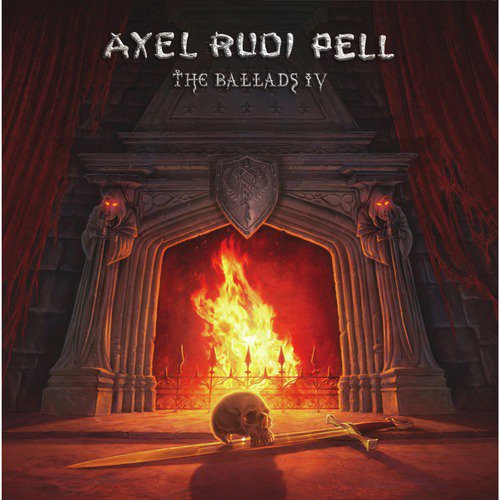 Axel Rudi Pell is a heavy metal guitarist from Germany, who has released a number of solo albums since his departure from Steeler in 1989. His music is a traditional European heavy metal sound, citing Dio, Deep Purple, Rainbow, and Yngwie Malmsteen among his greatest influences. In addition to traditional studio and live albums, Pell has issued several exclusive ballad collections, which have been among his most popular albums. Over the years Pell's solo albums have featured a number of prominent metal musicians like drummers Jorg Michael and Mike Terrana, vocalists Rob Rock and Jeff Scott Soto, Rage bassist/vocalist Peavy Wagner, and keyboard player Christian Wolff. Current members Axel Rudi Pell – guitar (1989–present) Johnny Gioeli – lead vocals (1997–present) Mike Terrana – drums (1998–present) Ferdy Doernberg – keyboards (1997–present) Volker Krawczak – bass (1989–present) [edit] Past members [edit] Vocals Charlie Huhn (1989) Rob Rock (1991) Jeff Scott. 'Between the Walls' is the fourth album by German hard rock guitarist/band Axel Rudi Pell. Not only is it the first release to feature the same vocalist as its predecessor (I guess third time really is the charm) but it's a turning point in the groups discography, in which the standard of their music vastly improves upon their earlier days, and a string of high quality releases followed.

It's 1994 and the music world, in particular on the rock side of things, is a bit of a mess. Metal is 'dead', although all these 90's groove bands like Pantera, Machine Head and Biohazard are slowly making headway, grunge has already peaked, and hard rock is, well. Still living in the 80's. But that's not going to stop Mr.

Pell and his motley crew! Having ditched the sleazy sex, women and nightly thrills 80's vibes of their earlier albums, the band have taken a more fantasy-themed style. Incorporating more melodic elements similar to bands like Deep Purple and Rainbow. Vocalist Jeff Scott Soto has proven himself a perfect fit with the band, with his incredible voice being a perfect match for the more serious (albeit, still pretty cheesy) lyrics. Didakticheskaya igra podberi paru. Gonki na dvoih pc s dzhojstikom. And Pell's guitar playing, usually impressive though excessively indulgent with the solos, has really started to become more coherent as well.

The solo's are still a vast flurry of notes, but there's just more substance there now, as opposed to endless scales up and down the neck. And as expected, there's riffs aplenty here. With tight rhythm work and brimming with massive power chords, this is definitely something for the old school rocker in us all. While this album is still very much a typical hard rock record, and probably would have fared better had it been released in 1984, it's still got some good, quality music that holds up well today. Songs like 'Talk of the Guns', 'Casbah', 'Cry of the Gypsy', 'Warrior', 'Outlaw', 'Innocent Child' and the title track itself all go to make 'Between the Walls' an essential hard rock album, and one of Axel Rudi Pell's finest. Third album, third singer. Axel Rudi Pell is back.

(I'm still not sure which one to use). With more fist-pumping hard rocking that probably comes a decade too late, but is a pretty decent album regardless. Featuring powerhouse vocalist Jeff Scott Soto, at this point best known for his work with Yngwie Malmsteen and Talisman, this looks set to be a stable line up for the band which could last longer than one release. The music is the same as before. Hard rock, power metal, call it what you will.

It's got 80's rock stamped all over it. Long haired men with leather jackets (shirts optional), high pitched wailing, simple songs with crazy guitar acrobatics, and of course, at least one of them is probably wearing a bandana.

While Axel Rudi Pell's first two albums were fairly average, 'Eternal Prisoner' is where the band starts to really improve the quality of their work. In particular, Soto's voice lends itself to the music perfectly. Not that there was much wrong with former vocalists Charlie Huhn or Rob Rock, but Soto's voice is perfect for Pell's sound and style. And the songwriting as a whole sounds a lot more confident because of it.

Axel Rudi Pell's guitar playing though still struggles to truly catch on with the solos. The compositions are good, the vocal melodies work well, but it's the guitar solos that tend to drag on in similar fashion. There's a few moments where he does shine, but for the most part his rhythm work stands out far more than his mindless shredding. He's still miles better than me though.