• Comprehensive strategy document uncovered, plus information on clandestine meetings • Links to anti-abortion initiatives in Poland, Spain and at EU level; as well as anti-gay marriage movements in Croatia, Romania and Slovenia • Secret strategy also targets contraception, divorce and IVF • Book researched and written by the European Parliamentary Forum on Population and Development (EPF) STOCKHOLM, 20 April – A book released today reveals that campaigners from the US and Europe have been strategizing ‘achievable goals’ to roll back human rights in Europe since 2013. Documents have recently emerged showing a detailed, extremist strategy called Restoring the Natural Order: an Agenda for Europe, which seeks to overturn existing laws on basic human rights related to sexuality and reproduction. The book examines that strategy document and the workings of the Vatican-inspired professional advocacy network, going by the name Agenda Europe, aiming for its implementation. Agenda Europe is producing concrete results, such as the 2016 Polish bill to ban abortion, bans on equal marriage in several Central European countries and over a dozen comparable acts at national level and in European institutions aiming to limit women’s and LGBTI rights. 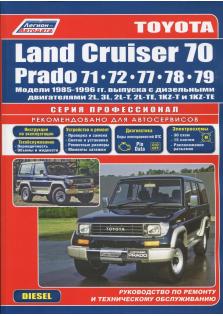 While the rise of ultra-conservatism in Europe has been apparent for several years, precisely how these actors are organising, fundraising and attempting to exert influence has not been clear. In shedding light on several of these questions, the book provides a fascinating insight into the clandestine workings and deliberate strategy of Europe’s anti-choice movement. Commenting on the book, EPF President and Swedish MP Ulrika Karlsson said: “While compassion is a professed cornerstone of Christianity, it is entirely absent in the outlook of Europe’s anti-choice. This movement would force women to carry unwanted pregnancies, restrict access to contraception, decide who can marry and decide who can call themselves a family.

Many will be surprised that they also target divorce and access to IVF treatment. In doing so, they are attempting to foist their personal religious beliefs on others via public policy and law.” Being aware and understanding this ultra-conservative movement is essential for those who want to safeguard a modern, inclusive and tolerant Europe.

Intended as a resource for politicians, political parties, civil society and journalists, this book aims to aid that understanding. ABOUT “Restoring the Natural Order”: The religious extremists’ vision to mobilize European societies against human rights on sexuality and reproduction is written by Neil Datta, Secretary of the European Parliamentary Forum on Population and Development (EPF). EPF is a network of members of parliaments from across Europe who are committed to protecting the sexual and reproductive health of the world’s most vulnerable people, both at home and overseas. The book was launched in Stockholm, Sweden on Friday 20 April by EPF President Ulrika Karlsson, MP. For hard copies please email.