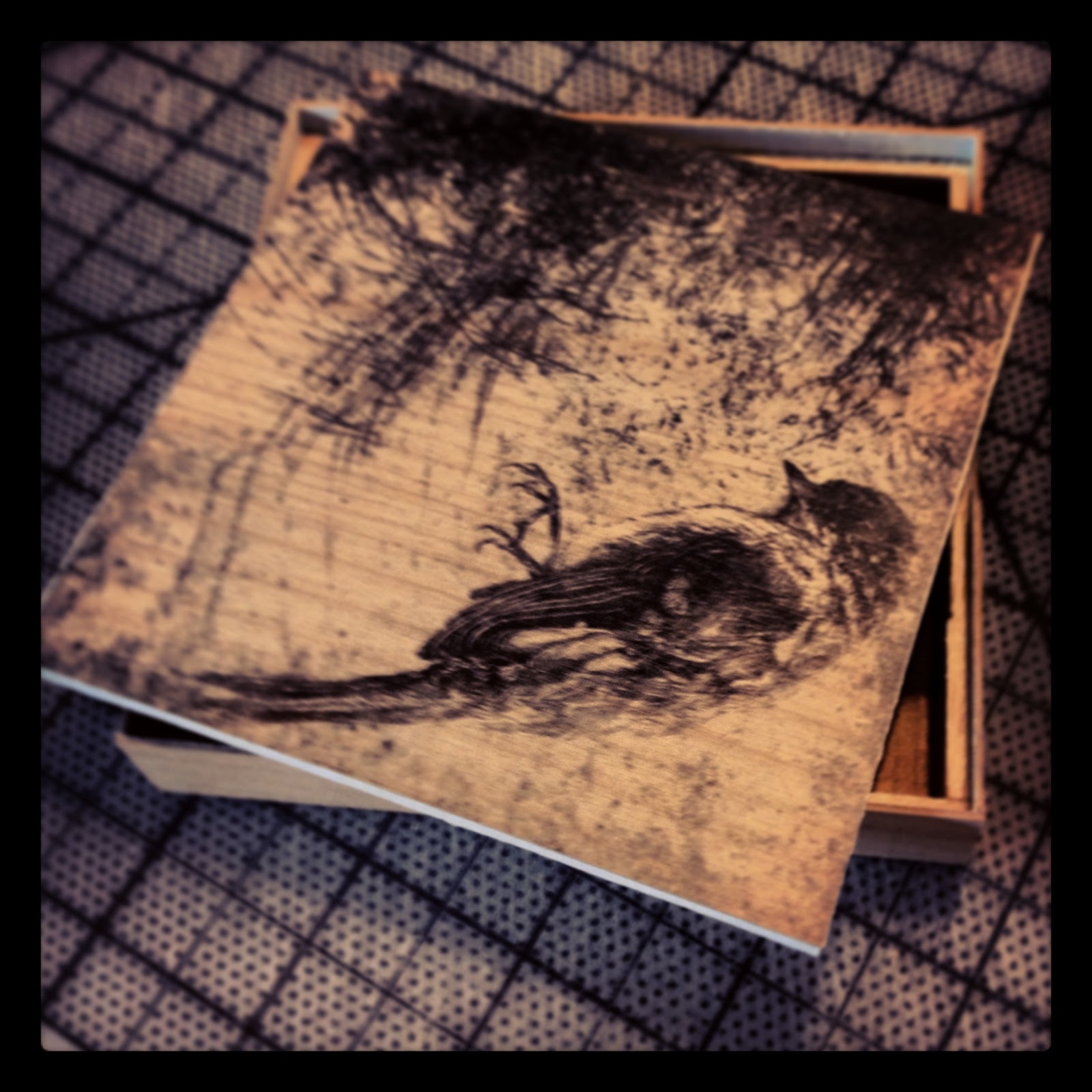 Bottom of the Morning Label: Relapse Release Date: 2015-10-30 Given the band’s history, it maybe isn’t surprising that it’s taken three albums for Pinkish Black to really come into their own. Not that Daron Beck and Jon Teague’s first two records under the name felt lacking or tentative; both their debut and 2013’s Razed to the Ground offer fully-formed clouds of murk and mire, a dark, hazy sound that was immediately and compelling and not quite like anything else out there. But with Bottom of the Morning the Forth Worth duo make the record that it now seems was always in them, one that’s just as dark and foreboding as their past work but takes a quantum leap in strength and focus. Pinkish Black formed after Tommy Atkins, Beck and Teague’s bandmate in The Great Tyrant, committed suicide. That alone would be enough to set any bands back on their heels, but the years since then haven’t been easy either.

The band has about their first album being “emotionally and auditorily in a cave”, shrouding Beck’s stentorian baritone and dynamic, expressive keyboards and well as Teague’s powerful, flexible drumming in noise and shadows the way some prey animals puff themselves up to hide their fear. Even though Bottom of the Morning is, from the vocals on down, Pinkish Black’s clearest album yet, it’s also their biggest. Fittingly enough, it’s accompanied by some resolution to their past, with Relapse also releasing the Great Tyrant’s final record The Trouble With Being Born in conjunction with this album. The duo have no interest in replicating Atkins’ monumental bass sound here, but they don’t need to; the pounding “I’m All Gone” is about as heavy as any band could get, while the swirling “Everything Must Go” and the High Gothic pomp of the opening “Brown Rainbow” give them more breadth than before.

Although Pinkish Black isn’t really a metal band (any more than Goblin, who they’ve opened for on tour, or new labelmates Zombi), you can hear why they sometimes get lumped in with practitioners of that genre. Teague drives the music with force and precision and the dark flourishes of Beck’s playing certainly feel at home with at least some of the music made by the followers of (say) Black Sabbath. But then there are songs like the moaning, twisting “Special Dark”, not to mention the despairing, epic title track, and it becomes clear that Pinkish Black exist in their own realm. It’s still a dark one, to be sure, but more than ever on Bottom of the Morning Pinkish Black revel in it. The result is a set of atmospheric, distinctive songs that make up one of the best albums of heavy music in 2015, whatever you want to call it.