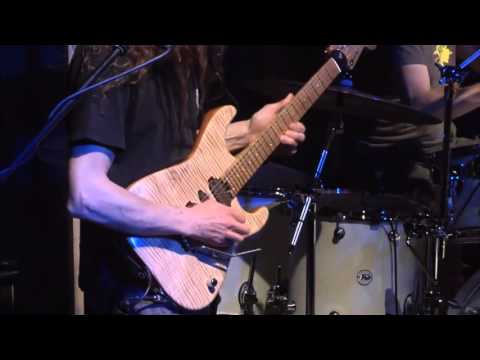 Released July 16, 2013 ( 2013-07-16) Recorded January 15–21, 2013 at Sound Emporium,,,, Length 57: 09 Boing! The Aristocrats, Mark Niemiec chronology (2012) Culture Clash (2013) (2015) Culture Clash is the second studio album by, released on July 16, 2013. Alongside a standard CD edition, there was also a deluxe edition available, with a bonus DVD called Accept the Mystery: The Making of The Aristocrats' 'Culture Clash', including studio footage and interviews. In its first week of release, the album reached number 8 on the Contemporary Jazz albums chart and number 16 on the Jazz Albums chart. On September 24, 2013, a double vinyl edition was released, pressing limited to 1,000 copies. Track listing [ ] No. Title Music Length 1.

Contents • • • • Formation and history [ ] The band was formed after a wildly enthusiastic response to a concert performance at The Anaheim Bass Bash during the show in January 2011. The trio had just one rehearsal before the concert but still performed well and amazed the audience as well as themselves.

Originally the guitarist for that one-off show was to be, replaced by at the last moment. Guthrie later stated: 'The chemistry was so great, that when we came offstage we all said to each other: 'This is working. We should record this.' ' The band would later get together and meet in Chicago to record their debut album, which took just under two weeks. The music album reflected their respective influences, ranging from 70s fusion (), to progressive (), to instrumental rock (, ), to rap metal () and to just plain absurdity (). Bassist stated, 'We ended up using our different influences to write for each other.

I wrote 'Sweaty Knockers' specifically for Guthrie to have fun with, while Guthrie wrote “I Want A Parrot” with bass leads in mind. As for Marco's material, we're just lucky to be able to keep up with it!”. After releasing their debut in September 2011, the trio toured for the year 2012. Later in the same year the band released its first live album, Boing, We'll Do It Live! Footage and sound for this release were recorded in two concerts held at Alvas Showroom in,. During those concerts the band played material from their debut album as well as songs from each band members' solo projects.

In July 2013, their second studio album Culture Clash was released, which was followed by a supporting tour; first in North America in 2013 and then in Europe, South America and Asia in 2014. After the tour, the band compiles performances from six different venues for their upcoming second live album, Culture Clash Live!, to be released on CD and DVD on January 20, 2015. On the same day, the band releases their 'official bootleg' of the tour, a limited edition 2CD set titled Secret Show: Live in Osaka. During their January 2015 tour, the band debuted material for their third studio album Tres Caballeros.

The album was recorded in February and released on June 23, 2015. In support of the album, the band toured in North America in summer 2015 and in Europe from November 2015 to February 2016. In 2016 they took part in the, along with. September - October 2016, the band toured India, Bangladesh, nepal, Thailand, Hong Kong, Taiwan, Japan & Australia booked by their Asian agency jellybeard. After this tour The Aristocrats decided to take a long sabbatical focusing on their own solo endeavours and touring with other acts (BB/MM Joe Satriani, GG Hans Zimmer) throughout 2017 & 2018. BUT, the trio has scheduled some selected new dates throughout September 2018 in Europe.